Help us to protect bat roosts.

Contribute to buy the roost of 'Las Yeseras'!

Help us to protect bat roosts. Contribute to buy the roost of “Las Yeseras”.

Buying land in order to protect biodiversity is a practice that is becoming more common in many countries. It is another way of increasing the conservation effort to protect and recover wildlife, ecosystems, and ecosystem services.

20 years ago, ANSE, one of the pioneers of this practice in the Iberian Peninsula, acquired land and protected it, creating the first Reserve for the Common tortoise (Tortuga graeca) in the area of Malcamino (Mazarón). That was possible thanks to donations of many members of the public, companies and the public admimistration. The same happened around a decade ago with the pond Charca del Prado in Los Carrizales de Elche. The result of these efforts is a small network of reserves, currently reaching 160 ha of land distributed throughout the region of Region of Murcia and Alicante.

Why the cave of “Las Yeseras”?

With the acquisition of one of the most important bat refuges in the Region of Murcia, ANSE seeks to contribute to the conservation of one of the most diverse and useful group of animals in Spain and in the world. ANSE seeks the collaboration with the administration and landowners to properly protect and conserve this place, designated as Zone of Special Protection under the Natura 200 Network.

The protection of this roost, in addition to other conservation efforts and studies undertaken by ANSE in the Southeast of the Iberian Peninsula, seek to change the traditional negative perception of these animals, that actually are very benefitial for instance as pest control.

The Association of Naturalists of the Southeast is an NGO created in 1973, making it the oldest ecologist organisation of Murcia and Alicante, and the 4th oldest in Spain.

ANSE is a non-profit organisation, independent from any political party, and with its centre of activity in the Southeast of the Iberian Peninsula, although it has undertaken activities in other parts of Spain and even the North of Africa and other areas of the Mediterranean region.

If you would like to know more about ANSE, its activities, projects and campaigns, you can visit the webpage.

It is a lot for us, but very little in comparison with the value of the cave “Las Yeseras”. The cave would be definitively protected and we could keep studying and working on the conservation of the bats.

How can you contribute?

Donating a small amount and receive a lovely token from ANSE as sign of gratitude.

Or become a member of ANSE.

You can donate the amount of money that you wish. Please, make a bank transfer and then fill the following form, so we know that you have made a donation.

ANSE wants to show you gratitude with the following rewards:

A tote bag made with cotton, 38×42 cm, with the ilustration of a Long-fingered bat (Myotis capaccini) fishing in a wetland. So you have a nice souvenir of the Cave of “Las Yeseras”*

Help us to get he cave of “Las Yeseras” and get your tote bag!

I want my tote bag!

A print, DIN-A4 size, of a Long-fingered bat (Myotis capaccini) fishing in a wetland. So you have a nice souvenir of the Cave of “Las Yeseras”*.

Help us to get he cave of “Las Yeseras” and get your print!

I want my print!

*The prints and totes bags will be sent by post. Just shipping to Spain. 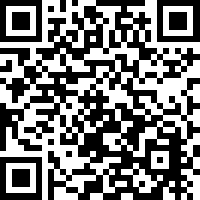