Find out more Support us Become a member of ANSE

Help us buy part of the Marchamalo salterns

The Marchamalo salterns (Salinas de Marchamalo) are a highly valuable wildlife site both from an environmental and a cultural point of view. It is a protected wildife site (Espacio Natural Protegido), a SCI (Site of Community Importance), a SPA (Special Protection Area), a SPAMI (Specially Protected Area of Mediterranean Importance) and a Wetland of International Importance under the Ramsar Convention. The site is home to a significant population of Spanish toothcarp, an endangered fish species endemic to the south-east of the Iberian Peninsula.

Through the ANSE Foundation, ANSE (the Naturalists’ Association of the South-East of Spain) has acquired from the company Invertrés Diversos the concession to use the eastern part of the Marchamalo Saltern, with slightly over 8 hectares (81,783 m2).

The company Invertrés Diversos had acquired the concession in 2010 but had not been able to use it since the proposal for a salt production unit had not been approved, despite a recent court ruling in its favour.

The ANSE Foundation has also acquired a plot of land of slightly over 7,000 m2 from the company Merzea Renta, including two derelict industrial units, as well as the Cartagena council building permit for a salt warehouse.

The cost for the exploitation permit and the land where the industrial units stand is slightly over €70,000

Aware of the need to urgently take action to restore the traditional salt production process as the best way to keep and recover the site’s biodiversity, ANSE has acquired the property and the concession to use it as a means to prove to the administration that it is indeed possible to restore the activity in the salterns and manage the site applying sustainability criteria to the commercialisation of salt harvests and other supplementary activities.

ANSE will, nevertheless, seek the support of the administration as well as individual donors, companies and organisations to set the project in motion and overcome some daunting challenges such as the current deteriorated state of the salt ponds and the fact that the site has multiple owners.

ANSE, which stands for ‘Naturalists’ Association of the South-East’ in Spanish, was founded in 1973, making it the oldest environmental organisation in Murcia and Alicante and the fourth oldest in Spain.

ANSE is a non-profit, autonomous organisation, independent from any political party. It is active at the state level, although it focuses mainly on the south-east of the Iberian Peninsula. Over the last few years it has also carried out campaigns in the north of Africa and other areas in the Mediterranean.

To find out more about ANSE, its activities, projects and campaigns, visit its website.

What do we need?

It’s a lot for us, but very little if it allows the Marchamalo salterns to be protected once and for all as a natural reserve of the ANSE Foundation, so we can keep on working on the conservation of Mar Menor.

How can you help?

You can help by donating a small amount and get a token of appreciation to remember us by in return.

You can also help by becoming a member of ANSE.

How can you make a donation?

You can donate whatever amount of money you choose. Make a bank transfer and fill in the form below so we know you’ve made a donation and can track your transfer.

I want the mug!

I want the mug!

*Mugs are to be collected from the ANSE headquarters. No delivery service. 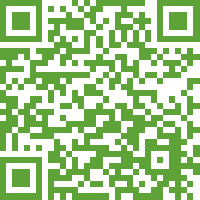